I made another awesome smoothie earlier today. Let me tell you it looks absolutely disgusting and pretty much resembles diarrhea. But don't let that turn you off from trying it. 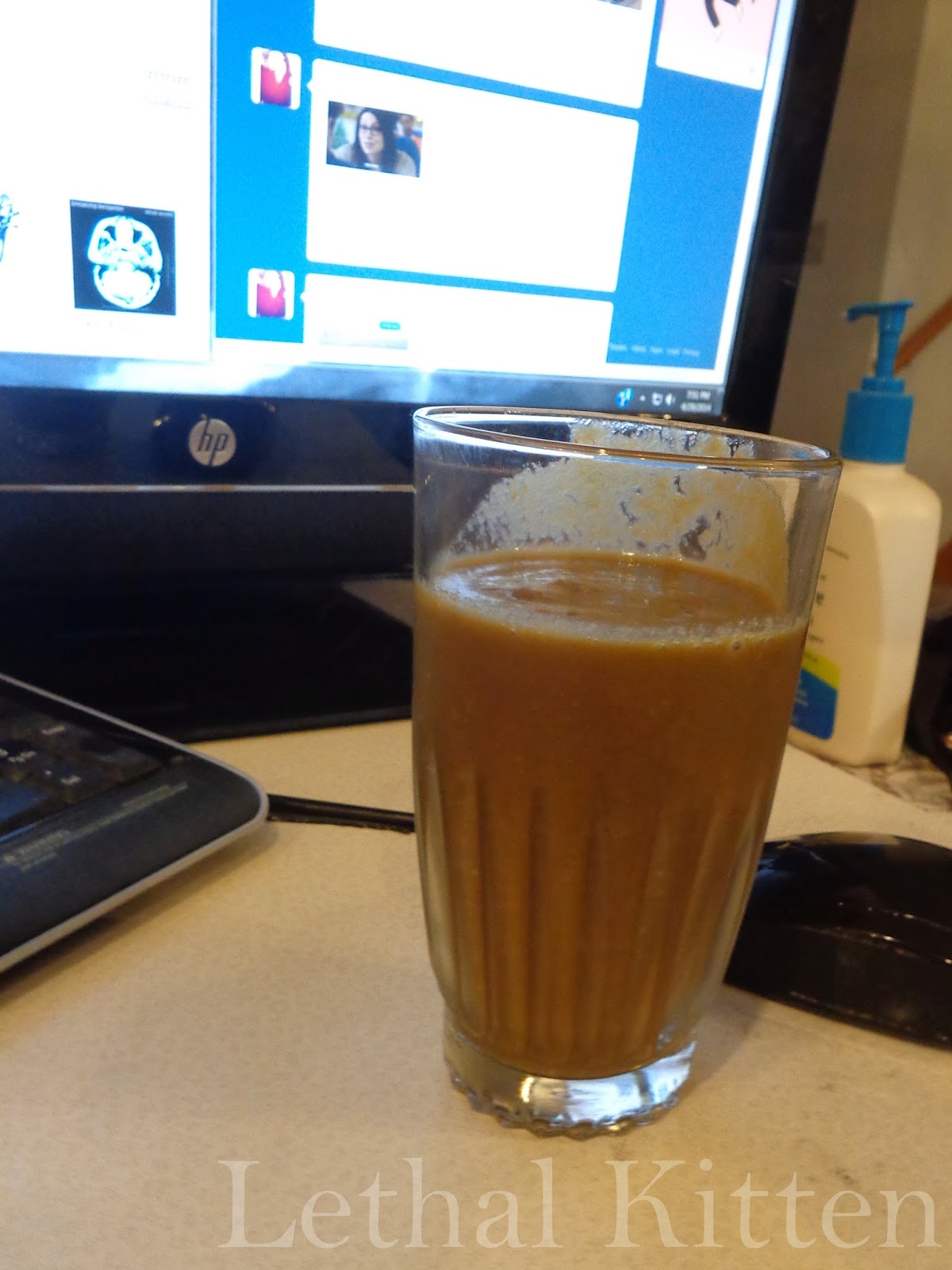 You Will Need:
1 Cup Fresh Kale
1 Green Apple
2 Cups Frozen Strawberries (You can use fresh as well)
1 Lemon
1 Cup Almond Milk (I used the vanilla flavored one)

What I do is I first chop up my apple into little bite size chunks about a 1/2 inch or so. I than stick the kale first into the blender so its constantly getting mixed (Lets be honest, nobody wants green leafy chunks in their smoothie). I than add the apple chunks on top of the kale, than the strawberries. After this I splash about a cup of almond milk on top than squeeze a fresh lemon before I start mixing.

Pre-warning: The apple can be over powering if you don't watch it. If you want you could just add just a half an apple instead and more strawberries.

This smoothie with my recipe is very tart. If you'd like it more sweet just add some banana but watch out how much you use because it can overpower very quickly.

Let me know if you try it and if you like it as much as I do!

Popular posts from this blog 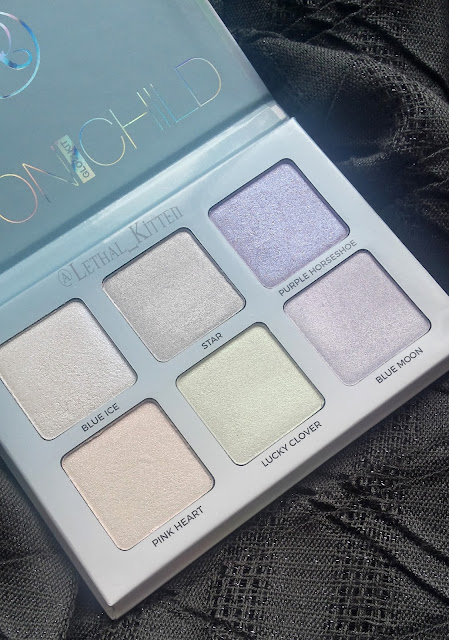 Anastasia Beverly Hills Moon Child Palette Review and Swatches by Lethal Kitten Hello, Recently I purchased the Moon Child Glow Kit from Anastasia Beverly Hills. This is a palette I have been having my eye on for quite some time now but was skeptical due to some of the unique highlighter choices within this palette. I bit the bullet and decided to purchase this palette as a graduation gift to myself for completing my schooling (and let's be honest, I wanted an excuse to buy more makeup).  For starters I ordered this palette off of the Anastasia Beverly Hills website itself. I was honestly so impressed with the service and the shipping of this product. When I purchased my palette I was given free shipping over $25, which is rare to see nowadays. I expected the service and shipping to be like other websites I order off of, such as taking about a little over a week or more to receive my items after placing an order. ABH on the other hand had my order processed and
Read more 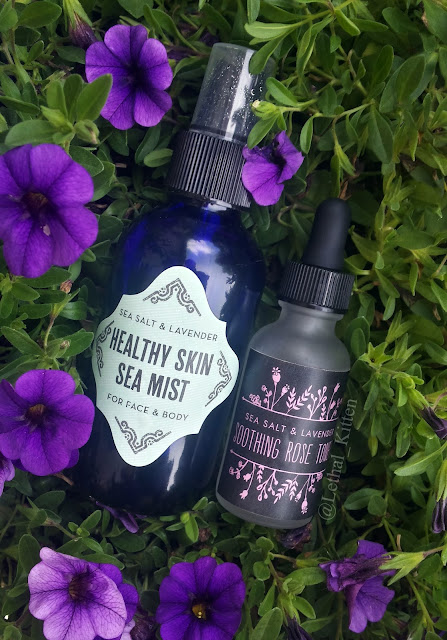 Sea Salt and Lavender Organic/Holistic Skincare Review By Lethal Kitten Hello! Recently I tried out Sea Salt and Lavender, an organic and holistic skincare company on Etsy. You can check them out at their website SeaSaltandLavender.com   or Here on Etsy . This is the first time I have tried an Etsy skincare company, and I must say I am extremely impressed with these products and cannot say enough great things about this company.  I tried out both the Healthy Skin Sea Mist and Soothing Rose Toner. I recently had an extremely bad allergic reaction to the Amazing Cosmetics Amazing Concealer. Don't get me wrong, the coverage of that concealer was amazing, but unfortunately there must be an ingredient that I am allergic to which caused my skin to have a lot of inflammation, acne, and overall a lot of redness and sensitivity. I was pretty much game to try just about anything in order to sooth my skin and to get rid of the issues that the concealer gave my skin. My
Read more